THE LEGEND OF A MAN WHO REFUSES TO BE CALLED ONE 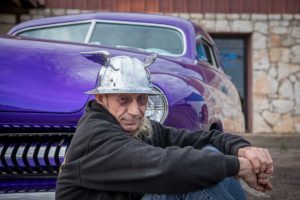 Building period custom cars and traditional hot rods takes moxie, grit, and gumption. But more than any of that, it requires deep respect. Respect for a bygone era of great American car design. The Harry Bradleys, Virgil Exners, and Harley Earls, whose styling studios made American cars the belles of the ball back in the day. It takes reverence. Reverence for a generation of car customizers who turned factory masterpieces into an entirely new rolling artform. Custom cars.