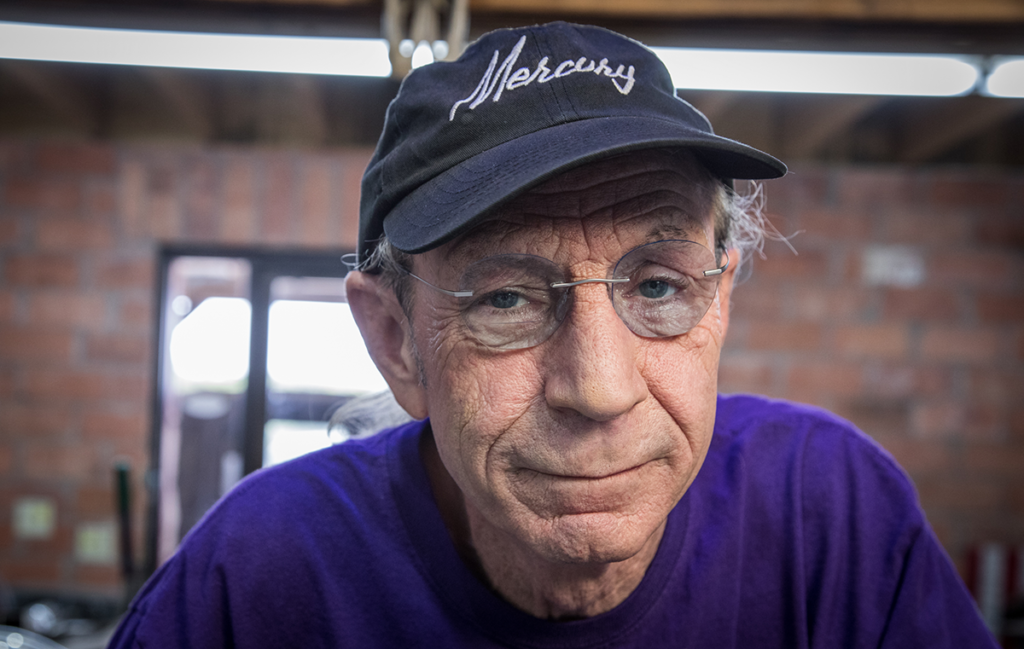 Building period custom cars and traditional hot rods takes moxie, grit, and gumption. But more than any of that, it requires deep respect. Respect for a bygone era of great American car design. The Harry Bradleys, Virgil Exners, and Harley Earls, whose styling studios made American cars the belles of the ball back in the day. It takes reverence. Reverence for a generation of car customizers who turned factory masterpieces into an entirely new rolling artform. Custom cars.

These were the folks that ignited the young and impressionable mind of a man raised on nitro, free love and little books. A man known today as Mercury Charlie.

Let’s talk about Mercury Charlie’s garage, a shop built as methodically as his legendary customs. Surrounded by like-minded vintage car lovers, Charlie’s crew is skilled in all aspects of customization and old-school hot rodding. Fabricators. Mechanical savants. Horsepower wranglers. Kindred spirits who burn the same oil that Charlie does, operating under the influence of a man who has been a custom-car icon since long before reality TV muscled its way onto the Central Texas car scene. You might say we’re the real deal, as not seen on cable.

Welcome to Mercury Charlie’s, where we love building dream cars because It’s our passion We’re a full-service shop where old school rules and the custom is always right. Where vintage cars are revived, rehabilitated and returned to their former glory for owners whose names you may or may not recognize.

But whose cars you’ll never forget.

We put the cool back in ol’ skool.