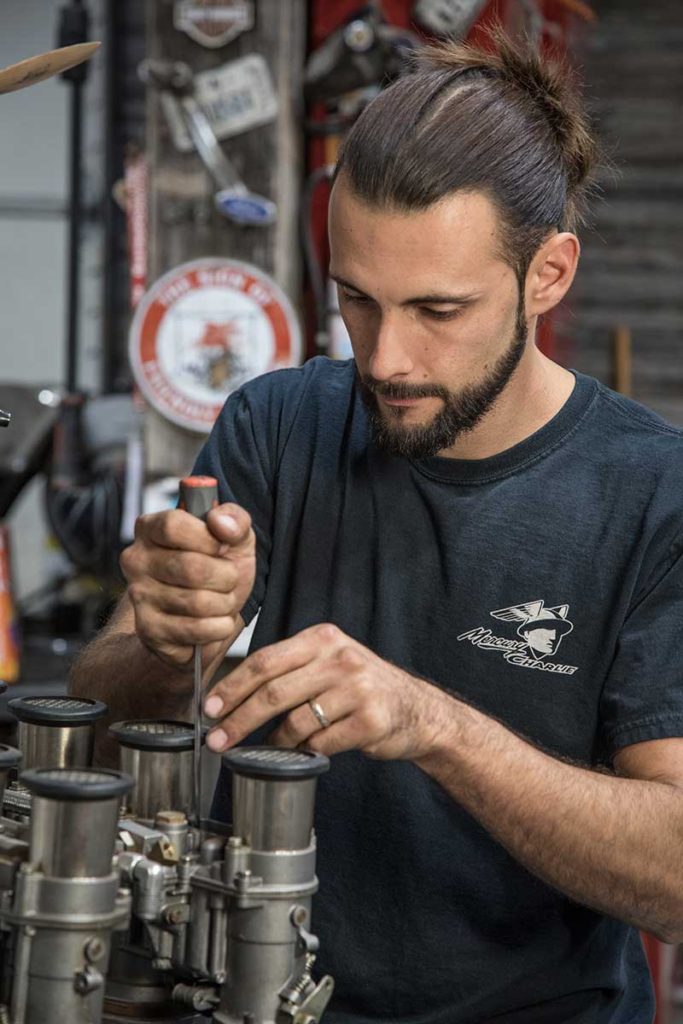 It seems both fitting and ironic that Chris scored his first hit of speed from a Del Rio used car dealership that was later revealed to be an illicit drug operation. It was a 1965 Malibu SS and Chris was 17 at the time. There’s no question who got the better end of that deal.

Chris still has that car and has owned it for over half his life.

Chris grew up with an older sister who was a star athlete and an older brother who was a man about town. Chris followed in neither sibling’s footsteps, and we suspect that Malibu SS and a heavy right foot are the reasons why. He soon developed a penchant for squeezing every drop of horsepower out of that Malibu. And he wasn’t afraid to bury his right foot to prove it.

Let’s just say that Chris’s SS Malibu won about all the races it needed to win in west Texas.

If Chris has a real-life hero, it’s Mark Stielow, the prolific car builder with a swarm of SEMA Camaros to his credit, not to mention a couple equally remarkable Malibus. Stielow sets the performance bar for horsepower purists like Chris.

Chris saw a similar quality in Charlie when he opted to join our family of car lovers. The bar that  Mercury Charlie sets is more than just a horsepower bar. He sets an aesthetic bar. A period-custom bar. A traditional bar. A bar that Chris intends to soak up like every article he’s read about Stielow in Hot Rod, Car Craft, and Chevy High Performance.

We’re happy to have Chris in the family and if that means that our brother from another mother finds a few more horses hidden under your hood, all the better. Being a quick study in all things that move people forward, including the past, we’re proud to call Chris one of ours.

Come say hey to the tall one if you’re in the neighborhood. But don’t make the mistake of lining up across from his ‘65 Malibu SS. Why should you or your car suffer that kind of humiliation?